The Beauty of Bottle Shares

One of my favorite aspects of the homebrewing and beer enthusiast community are the endless opportunities to meet new people and share beer you might not have the chance to try otherwise. Bottle shares have become increasingly popular in Chicago and beyond, between groups of friends as well as through online communities like the Chicago Craft Beer Enthusiasts and Chicago Beer Society's First Thursdays.

The beauty of bottle shares is the ability to try small samplings of a number of beers in one sitting with the objective of broadening your palette versus having to commit to a full pint or 22oz bomber of one beer. This format has truly helped me discover on a deeper level what styles of beer I like and want to try more of.

Over the last few days I've been staring down my beer collection, trying to narrow selections to bring to Wednesday's Chicago Beer Gals bottle share. It gave me a chance to reflect on some of the great beer I've had the opportunity to drink over the last year. Below are a few of my favorites. I've also asked CHAOS Brew Club's Ken Getty, who is much more active with the group tastings and beer trading aspect, for his top 5 as well. 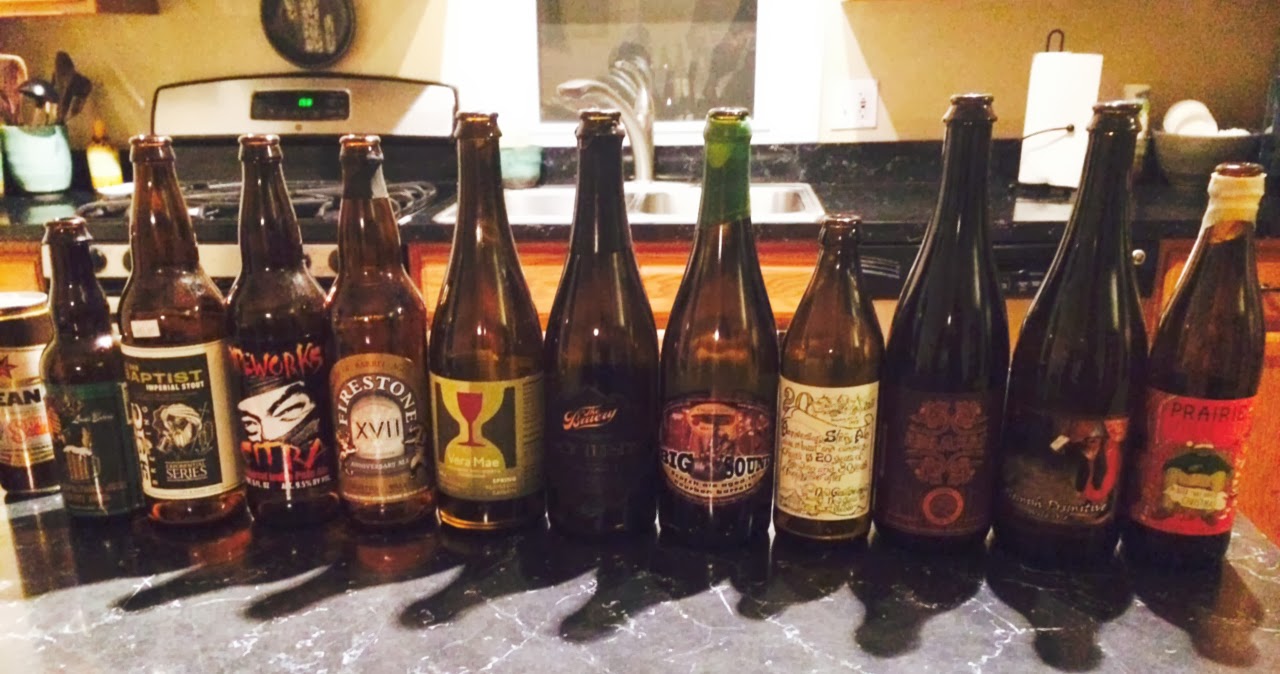 I am a bit of an old soul and I think I enjoy bottle shares so much because of the fact that everyone gets together for a common purpose, enjoys each other’s company while small talking and when a new beer is poured completely enjoys the moment.

Most gatherings involving beer when friends get together seems to have either a stereo, sporting event or television nearby vying for your attention…not so, with bottle shares. I find bottle shares are typically about sharing stories, making new friends, and new-shared experiences.

While curating my list of Top Five Bottle Share Beers of 2013, it brought back many memories of good friends & good times. I hope you have similar experiences soon!