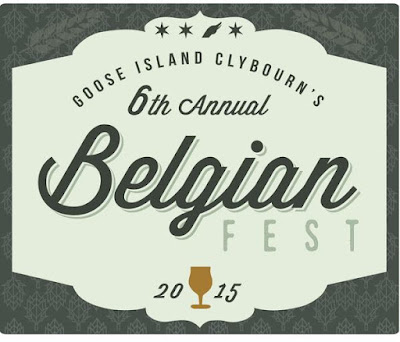 On Sunday, September 13th, Goose Island Clybourn played host to 19 breweries and a crowd of beer-loving fest-goers at Belgian Fest 2015.

The markedly casual fest was held in four connecting rooms of the Clybourn pub, creating a mini treasure hunt of beer upon which I was happy to embark. The lobby welcoming committee included crowd favorite Transient Artisan Ales, Middle Brow Brewing, and offerings from homebrewers from C.H.A.O.S. Brew Club. Up the steps and to the right awaited a handful of local taps (Revolution, Ten Ninety, Atlas, Moody Tongue, and Haymarket) plus DeSthil and Side Project Brewing’s booths. If you headed left off of the lobby, Goose Island Clybourn’s taps greeted you at the bottom of the stairway at the room’s end. Up the stairs from there were another handful of handles, including Goose Island Brewing Co.’s “ladies” – beers with female names and Belgian flair, that is – plus Perennial, Flossmoor Station, and others. 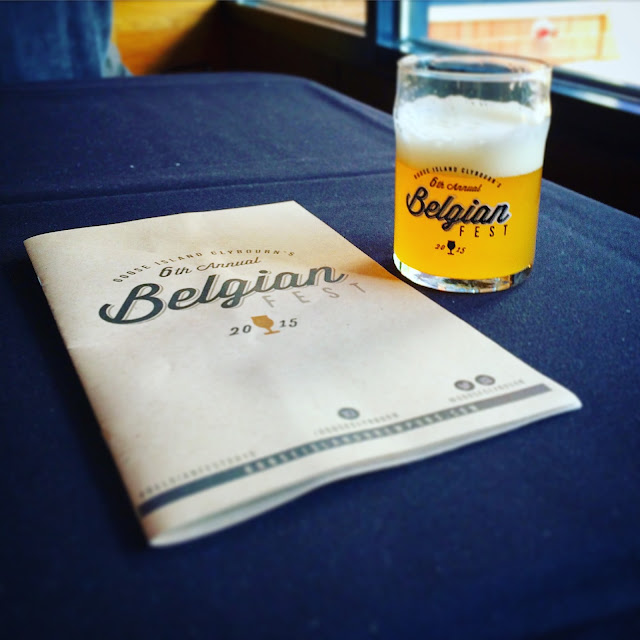 In addition to the casual feel, this event was also uniquely small, affording everyone the opportunity to try each beer at the fest. The event’s uncrowded, relaxed atmosphere allowed attendees the chance to actually hold conversations with brewers or brewery reps without feeling like they were holding up the line behind them. In fact, lines only existed in front of the Transient Artisan Ales booth, where brewer Chris Betts uncapped special offerings every hour from bottles that he’d brought in addition to his kegged choices. After having personally attending quite a few fests with thousands of drinkers and lines galore, this was a refreshing change! 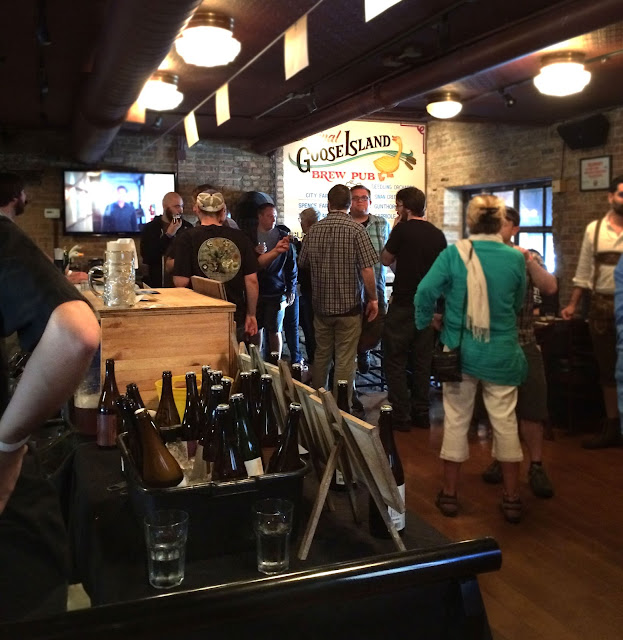 Brewers served up a lot of liquid creativity. I counted many uncommonly used herbs and ingredients (amaranth, matcha tea, elderberries, lavender, Indian plum sugar, and pink peppercorns, to name a few), and a variety of blending, barrel-aging and souring techniques. Purely traditional Belgian beers were few and far between; the American spirit of individuality was alive and flowing at this “Belgian” fest.

Thicket, Side Project
This deliciously juicy wine-barrel-aged Missouri Wild Ale with blackberries drank more like a wine than a beer with a sticky berry juiciness, and significantly tart finish. (6%)

Oktoberfunk, Transient Artisan Ales
This totally unique twist on a traditionally malty, sweet, and bready beverage drank as expected at first, but finished with a tart twist and a hint of sweet vinegar. Described as a Bier de Garde (means “Beer for Keeping”)

Saison du South Loop, South Loop Brewing
This saison was brewed with lavender, and hopped with Nelson Sauvin. Herbal, crisp, clean, and earthy, the hops and lavender blended together in an enjoyably effervescent way. (5.9%)

Plum Blonde, Goose Island Clybourn
This plum-infused Belgian Blonde ale had a juicy, bright personality and a quenching finish. Aged in wine barrels with Brettanomyces Claussenii, this tart and tasty beverage had me back for seconds. (6%)

MC Johnsen is a professional graphic designer and illustrator based in Chicago, IL. She is also the artist and author behind beer blog Worth a Thousand Beers. In her spare time MC enjoys homebrewing, taking on DIY projects, CrossFit, and binge-watching TV shows on Netflix. Her favorite coffee beverage is an Americano, and she shares a home with her husband Matt and their dog Dallas in Lombard, IL. You can find her on Twitter @worth1000beers